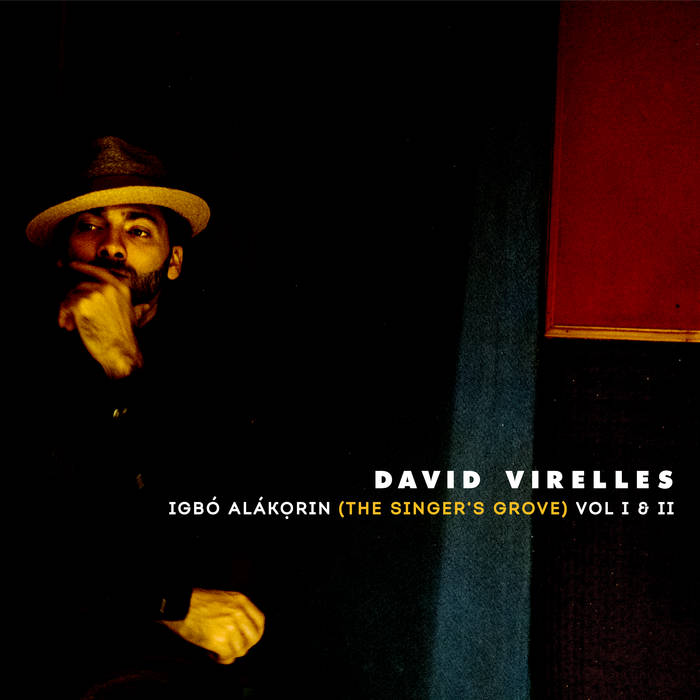 Igbó Alákọrin (a phrase in Yoruba which can be loosely translated as The Singer’s Grove) is the realization of pianist David Virelles’s long-held dream to document the under-sung musicians of his birthplace, Santiago de Cuba. Virelles, who was named the #1 Rising Jazz Pianist in the 2017 Downbeat Critics Poll, is one of the most in-demand pianists on the contemporary jazz scene, recording with the likes of Henry Threadgill, Chris Potter, and Tomasz Stanko. He also has four prior releases under his own name, including Continuum, which topped the New York Times best album list for 2012.

Since leaving Cuba in 2001, each time Virelles returned home he would make it a point to seek out and study with the elders of Santiago’s rich musical heritage, and it is these musicians who he has assembled for this project. Recorded at Santiago's legendary E.G.R.E.M. - Siboney studios, the album is made up of two distinct projects: “Volume I - David Virelles Introduces Orquesta Luz de Oriente” was conceived for a big band of seasoned veterans to showcase many of the musical styles associated with Santiago, including the music of Electo Rosell (of the legendary Chepín-Chovén Orchestra) and Mariano Mercerón, who were important pioneers in the percussion-propelled Cuban big band sound of the 1930s. On “Vol. II - Danzones de Romeu at Café La Diana,” Virelles reinterprets the piano music of the iconic early-20th Century pianist/composer Antonio María Romeu, exploring his practice of playing danzones accompanied only by güiro. A product of deep historical and cultural research, Igbó Alákọrin is another chapter in Virelles’s ongoing pursuit to create music that transcends the boundaries between folkloric and contemporary to reveal only an essence beyond any genre.

This album was made possible by the generous support of The Shifting Foundation. Research for this project was completed thanks to The Diaz-Ayala Cuban and Latin American Popular Music Collection, Florida International University Library.

Virelles grew up in a musical home in Cuba.
He is one of the most sought-after pianists of his generation. He has worked with Henry Threadgill, Paul Motian, Andrew Cyrille and Ravi Coltrane. Virelles is a Shifting Foundation Fellow, a recipient of the Canada Council for the Arts and many other accolades. He was named piano Rising Star by DownBeat in 2017. ... more

Bandcamp Daily  your guide to the world of Bandcamp