← more from
ECM Records
Get fresh music recommendations delivered to your inbox every Friday.
We've updated our Terms of Use. You can review the changes here. 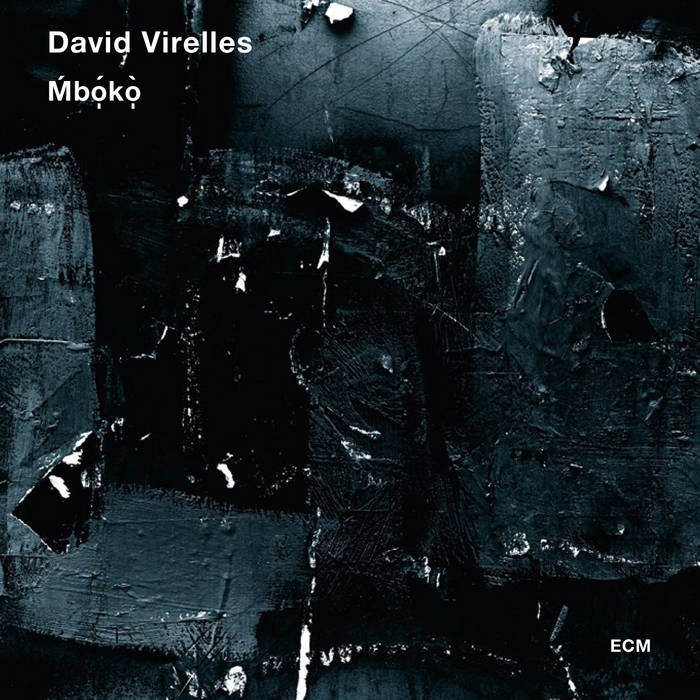 With Mbókò, pianist-composer David Virelles – based now in New York but born and bred in Cuba – has taken the folkloric rhythms of Afro-Cuban religious ritual and transmuted them into a 21st-century music resonating with mystery and meaning. The main title, Mbókò, can mean “The Voice,” not the human voice but The Voice that is believed in Carabalí culture to be the voice of a spirit, or spirits. The album’s subtitle – “Sacred Music for Piano, Two Basses, Drum Set and Biankoméko Abakuá” – indicates both the ritualistic intent of the 10 pieces and their sound, with piano as lead voice alongside dual bass drone and the polyrhythmic percussion of a traditional trap set and the all-important four-drum biankoméko kit, manned by Román Diaz. Virelles has tapped into a musical impulse that is simultaneously ancient and modern, communal and personal, meditative and propulsive. Mbókò casts a spell.

Virelles grew up in a musical home in Cuba.
He is one of the most sought-after pianists of his generation. He has worked with Henry Threadgill, Paul Motian, Andrew Cyrille and Ravi Coltrane. Virelles is a Shifting Foundation Fellow, a recipient of the Canada Council for the Arts and many other accolades. He was named piano Rising Star by DownBeat in 2017. ... more

Bandcamp Daily  your guide to the world of Bandcamp

Alex Rita and Errol from Touching Bass feature in our special London edition of the Bandcamp Weekly.